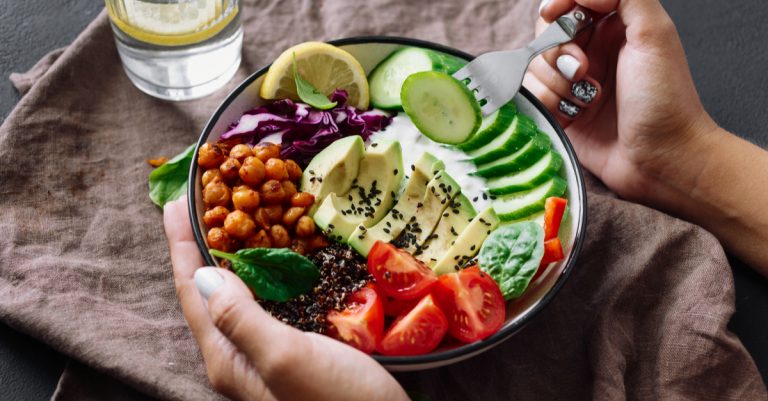 The paleo diet is an evolution-based conceptual framework that aims to improve health. To do this, it proposes eliminating the consumption of ultra-processed products, high in refined flours, added sugars, and refined vegetable oils, and prioritizing some food groups over others.

Do I have to eat what they ate in the Paleolithic?

No, and even if you wanted to, it wouldn’t be possible because no Paleolithic food has survived to this day. It is simply a matter of adapting the model proposed by the paleo diet to your environment and your preferences, such as consuming nearby natural products and seasonal fruits and vegetables.

Does it have side effects?

Yes, avoiding ultra-processed grocery products has only positive benefits. Now, this is not to say that if you only eat “real food,” you are doing well. For this, you must cover all your nutritional needs for macronutrients, minerals, and vitamins.

Is it recommended if you are pregnant?

Yes, when the baby’s health is at stake, all the more reason to follow a healthy lifestyle. Just as it is recommended not to smoke and not drink alcohol during pregnancy, the consumption of ultra-processed products that hurt the health of the mother and the future baby should be avoided.

Do I have to count calories?

No, it is not necessary to count calories. Counting calories is only for measuring portion sizes. But in the same way, you could use the weight of the food. Predicting the body’s behavior from the number of calories in the food you eat does not make sense. Even the same caloric intake in the same person but at different times of the day will have a different response from your body.

What can I have for breakfast?

There is no special breakfast meal. The food industry, together with the help of the best professionals in advertising and marketing, has been responsible for creating a new category of products, mostly ultra-processed, for breakfast.

For example, the campaign created in the 1920s by the great Edward Bernays, who commissioned the farmers’ union to promote the consumption of oranges, made the population think that squeezing some oranges was good for health.

Another example is John H. Kellogg, who patented “corn flakes” in 1894, corn flakes roasted with sugar, and later marketed with great success as a “food” intended for breakfast. Until the appearance of the Kelloggs, the typical American breakfast was based on eggs and meat.

Should we eat cereals?

No, it is not necessary. They have been for many years at the base of the food pyramid for a political decision and not for health criteria. The US Department made the famous pyramid with cereals at the base of Agriculture.

The initial proposal was to base vegetables and fresh products, but it was discarded because they were more expensive and not subsidized, unlike cereals. In the end, a political decision based on economic interests prevailed.

How many eggs is it advisable to eat a week?

Eggs have been an unfairly marginalized food for decades due to fear of fats. We know that this is not the case, and it has become a superfood due to its nutritional properties. Eating 1 to 3 eggs per day is within reason, although there are cases of people who exceed these amounts with perfect analytics.

Is there scientific evidence to support the paleo diet or evolutionary diet?

Yes, as we have mentioned before, more and more studies show the benefits of the paleo diet, such as improving body composition, lowering blood pressure, and controlling blood glucose.

Is the vegan diet compatible with the paleo diet?

It is perfectly feasible to go vegan and follow a paleo lifestyle. Indeed, the strictest and least flexible followers of the paleo diet do not eat legumes and cereals, unlike following the vegan diet, but as we say, the most important thing in the paleo diet is what is left to eat, the ultra-processed.
The Paleolithic diet, popularly known as the «paleo diet,» has as its reference the eating pattern of humans from the Paleolithic period, the oldest prehistoric period characterized by the manufacture and use of tools, the practice of hunting, fishing, and gathering as well as by nomadism and the appearance of the first artistic manifestations in the form of cave paintings and bone or stone sculptures.

Loren Cordain, a scientist, specializing in nutrition and exercise physiology, has popularized this lifestyle that is based precisely on the mode of feeding of men before the emergence of agriculture, basing the diet on meat (hunting), fish (fishing), and fresh fruits and vegetables, tubers and nuts (harvesting) simulating the proportions that prehistoric person would achieve.

Another criticism is the high consumption of protein of animal origin that he proposes to exceed 50% daily since, in the Paleolithic age, meat and fish depended on the success or otherwise of hunting and fishing. In addition, it cannot be a single model since the diets vary depending on the territory.

In favor, he counts on the paleo diet defends the consumption of foods that come directly from nature. He reasons that the human body failed to adapt to the changes caused first by agriculture and then by the industrial revolution and the incorporation of processed foods and additives.

It is commonly used to lose weight, and it should never be done without professional advice since not everyone has the same nutritional needs; not even the same person has them throughout their lives.
IN FAVOR