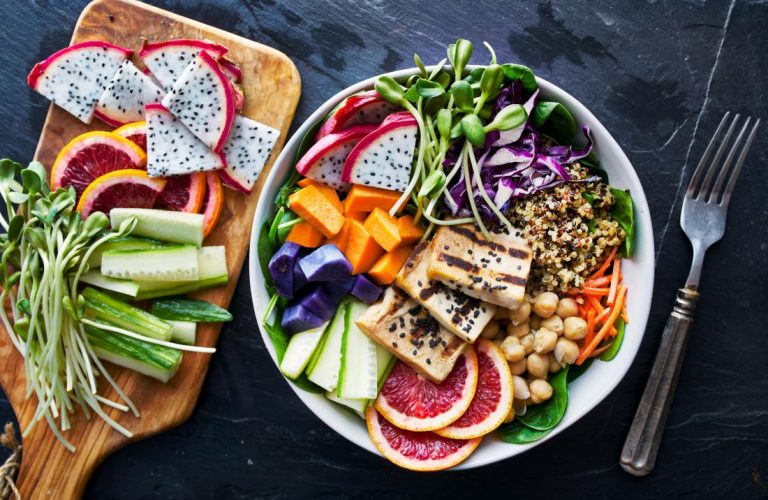 Based on Stone Age eating habits, the Paleo diet is rich in protein, vegetables, and nuts.

The Paleo diet, also known as the Ancestral or Primitive diet, is in vogue in the media. Those in favor of it define it as a simple diet and as a lifestyle: it seeks good practices, good habits, and nutritional education to understand the significant role that food has on our bodies and our health. It is a diet personalized to each person, to the needs of their body.

Others define the Paleo diet as eating as in the Stone Age or Paleolithic. Although we will delve into it, it is a diet rich in meat (therefore protein), vegetables, and nuts in general terms. In return, sugars and processed cereals are cut, including pasta and bread. In addition, it is recommended to eat only two or three times a day, without snacking in between, when it is generally indicated to eat five meals a day.

What Goals the Paleo Diet Has

How the Paleo diet came about

The Paleolithic was when we evolved from Homo Habilis, the first hominid, to Homo Sapiens (us). The Paleo diet arises from the idea that we have had a paleo diet for more than 2 million years, and our body has evolved with this diet. Furthermore, we are still genetically the same as 60,000 years ago. Likewise, despite the years that we have been consuming foods such as legumes, dairy products, or cereals, our body cannot tolerate them. However, maintaining this Paleolithic lifestyle in modern, industrialized society and today’s lifestyle is truly challenging …

What is the Paleo diet?

-Avoid foods that can cause inflammation in the body: gluten, pasteurized dairy, grains. 65% of the world population does not tolerate dairy. However, most foods on the Paleo diet have calcium.

-Find a balance between work, physical activity, and relaxation time: our genetics are not prepared for a sedentary life or a constant state of stress.

Positive effects of the Paleo diet

-An improvement in the performance of physical training in athletes

-Favors the consumption of stored fats

-Improves the appearance of the skin

-Reduces the risk of diseases such as cancer, diabetes, cardiovascular and autoimmune diseases.

-Our energy levels remain stable throughout the day

-Reduces hunger and the need to snack between meals

-Ensures a sufficient protein intake
As you well know, there are currently a wide variety of diets. In general, its main objectives are to help us lose weight and improve our diet and fitness. Among all of them, the paleo diet has become one of the most popular in recent years.

Paleo diet What is it? And what does it consist of?

The paleo diet, paleo diet, or paleolithic diet, arises from the idea that our hunter-gatherer ancestors ate better than we do.

This diet tries to replicate what “supposedly” would be the most successful diet they had taken in the Paleolithic. It is based mainly on meat, chicken, fish, fruits, vegetables, nuts, eggs, shellfish, tubers, roots, and others.

The paleo diet idea was born thanks to Dr. Loren Cordain, professor of Health and Exercise Science at Colorado State University in the United States. Corda is the main promoter of this diet in his eponymous book.

The paleo diet prohibits the consumption of processed foods in its entirety, but it also excludes eating cereals, simple sugars, grains, legumes, and dairy. No type of food is consumed from agriculture, cultivation, and livestock.

In this way, the main sources of hydrates turn out to be: fruits, vegetables, tubers, and roots. On the other hand, healthy fats are obtained from extra virgin olive oil, grated coconut, avocado, olives, nuts, and seeds.

Ultimately, the paleo diet is high in protein and low in carbohydrates, without going to the point of inducing ketosis like the keto diet.

Advantages of the paleo diet

The paleo diet has multiple benefits and advantages to promote our health, such as:

2.- By following this diet, a greater feeling of satiety is achieved, and therefore, better appetite control is maintained.

3.- Because the population during the Paleolithic era were nomads, and they got their food thanks to considerable physical effort during hunting and gathering, it is highly recommended to stay hydrated and with enough physical activity.

Disadvantages of the paleo diet

This form of diet has also generated controversy due to the negative points that some experts have pointed out, such as:

1.- Eliminate foods that are considered beneficial for our development and well-being, such as cereals, legumes, and dairy products. It can be counterproductive by losing the fiber and vitamins they provide.

2.- Genetic investigations demonstrate the adaptation that the human organism has had derived from the change of diet thanks to agriculture. The number of genes related to the breakdown of food starches found in bread, pasta, rice, corn, among others, has increased.

3.- There are no concrete studies that determine the exact amount of foods consumed in the Paleolithic; Rather, such a diet is based on assumptions. At the same time, the consumption of any meat is associated with an increased risk of cardiovascular diseases.

4.- Long-term clinical studies are needed to verify and corroborate the benefits or risks that can derive from the paleo diet.