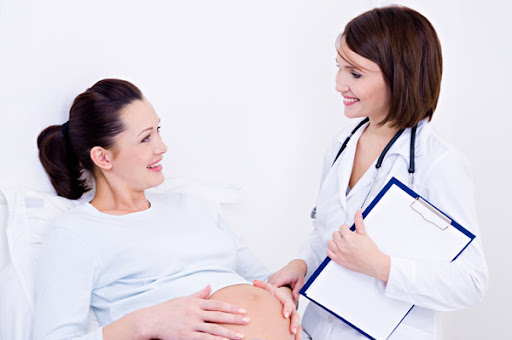 The APGAR test is done by a doctor, midwife, or nurse. The health professional will examine the baby:

Baby yawning The Apgar test is a test done on newborns right after birth to evaluate babies within a few minutes of their birth, focusing on their physical appearance and other signs that may indicate that the baby is in good health and does not need additional medical assistance.

It is a test usually done twice: in the first minute and the first five minutes of life. You will see that a healthcare professional in the room will set a timer for one minute and another for five minutes. If it is found that the baby’s physical appearance is problematic, it is possible to choose to practice the Apgar test in the newborn for the third time.

What does the Apgar test measure in a newborn?

The Apgar test responds to the acronym in English of “Appearance, Pulse, Irritability (in English Grimace), Activity and Respiration, ” five points that evaluate the general state of health with which the baby has was born.

Each of these five factors is scored with a number from 0 to 2, obtaining a score that will go from 0 to 10. The five factors that they take into account when performing the Apgar test are:

Appearance: attention is paid to the appearance and color of the skin, if the baby has a pale appearance or if, on the contrary, it has a pink color on both the hands and feet.

Pulse: refers to the baby’s heart rate if it is less than or greater than 100 beats per minute.

Irritability: It is observed how is the reflex response of the newborn, how it responds to stimuli, and if she gestures, sneezes, or cries when she receives a stimulus.

Activity: attention is paid to muscle tone, if her body is active, if she flexes her knees or if, on the contrary, she is tense and lax.

Breathing: attention is focused on the respiratory rhythm and if there are difficulties in doing so.

What these results indicate as soon as the baby is born will not indicate how healthy your baby will evolve over the months, but it is instrumental for medical personnel to detect possible abnormalities or if it takes longer to respond to stimuli and can determine if you need medical assistance.

What do the results of the Apgar test indicate?

The results that we obtain from the Apgar test will guide us about the newborn’s health status, and it is considered that the results will be good from a score of 7.

Apgar score between 10 and 7

Most babies tend to have a score higher than seven, which is considered to have been born in good health. Therefore, an Apgar test result of 9/10 is the maximum score.

Do not worry if your baby does not reach the total of 10 points because very few babies do, since the hands and feet often do not regain their usual skin tone, and they appear bluish until a few minutes after birth.

Apgar score between 7 and 5

Obtaining a lower score on the Apgar test does not mean that the baby is sick or not in good health since in the first one-minute test of the Apgar test, it is normal for lower scores to appear in children born by cesarean section, high-risk pregnancies, complicated deliveries, or premature babies.

However, it may be that in the second Apgar test that is done at five minutes of life, the results will improve, and the score will be higher.

Only a small percentage of newborn babies score lower on the Apgar test, as in risky pregnancies and deliveries. These scores may reflect difficulties the baby had during labor or problems with the heart or respiratory system, which will likely mean she needs additional medical assistance.

The Apgar score, also known as the “Apgar Test,” quickly assesses the newborn’s clinical status. It is a first report of the physical condition of your baby that gives an account of the clinical and physiological state of the newborn and its adaptation to extrauterine life.

In the newborn protocol, the Apgar is instrumental because “doctors can check that a baby is alive, rule out suffocation or, if necessary, act immediately with special attention, for example, give resuscitation or oxygen supplementation,” Explains the neuro pediatrician Clara Soto Zurita, from Hospital Ángeles Puebla.

An assessment after birth

In 1952, Virginia Apgar, an anesthesiologist, pediatrician, and obstetrician, designed this scoring system to know the newborn’s clinical status at one minute of age and the need for an intervention to establish breathing immediately.

The Apgar test has succeeded in reducing the rate of infant illness and mortality. Assess the newborn’s health status and, if necessary immediate special attention.

To remember the evaluated criteria, the word Apgar is also used as an acronym: Appearance, Pulse, Gesticulation, Activity, and Respiration. After delivery, there are five aspects that doctors should review in the newborn. Next, we explain what they consist of:

Heart rate This is the rate at which the newborn’s heartbeats. It should be more than 100 beats per minute.

Respiratory effort. The baby should breathe regularly and cry.

Muscular tone. It refers to the active movement of the newborn.

Reflex irritability. This indicates that, at birth, the baby makes gestures and moans.

Skin color. After birth, some babies may have blue hands and feet, but after five minutes, their appearance improves, and all of their skin is pink. The number obtained in the Apgar Test is found on the birth certificate, proof of significant events of the delivery and the newborn. They deliver it when mom and son are discharged.